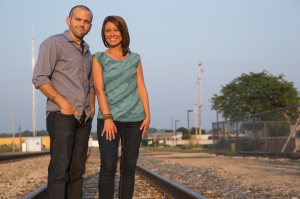 I was approached about 10 years ago by someone who wanted me to deal with her husband. The one-sided conversation went like this:

“Can you help my husband out?  I’ve got some personal problems going on. He keeps wanting to help me with my problems and I told him to leave me alone.  It’s kinda sweet for him to offer, but they’re my problems and not his.  He needs to mind his own business.  Thanks Dave.”

Fortunately, she had a spouse who wanted to help in any way he could.  Unfortunately, she wanted to AVOID any awkwardness of dealing with issues with the one person she should be able to deal with.

To say marriage is hard work is an understatement.  What can bring add to the natural difficulties of marriage is when couples AVOID having difficult conversations.  The reasons for avoidance can be all over the map.  It can be any numbers of things:
– Not being comfortable talking about issues because, historically, he/she has never been able to deal with it.
– No hope.  Pessimistic attitudes arise when there have been examples lived out around you that have not made it through a similar situation.
– Fear of what the outcome/reaction is. Similar to being pessimistic, there’s a constant fear of the unknown that paralyses individuals to staying put instead of moving forward.
– Oversights.  Like the situation described at the beginning of this blog, Some people overlook what is a deeper issue than the problem at hand.  You cannot afford to overlook the oneness that God has called you two to work in. 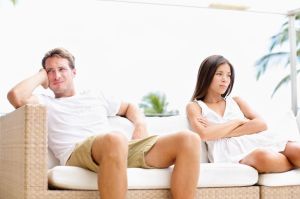 The problem of avoidance can lead a couple to disastrous consequences.  Avoidance becomes almost a drug.  There’s al most a “high” you use “avoidance” and get through something difficult or awkward…and you didn’t even need to deal with it. The problem with that is the “avoidance” didn’t solve the issue.  It just hid it away.  It pacified the situation. Even worse, you’ve missed out on simple (not easy) discussions that could very well make all the difference in the type of healthy marriage you could have.

What type of things do couples avoid?
– The different in raising the kids
– Sex
– Unresolved Anger
– Problems with extended family
– Personal quirks
– Health
– Finances
– Where will you be in 5 years

Like it or not, when couples choose to avoid important conversations, like a boomerang,  those issues inevitably come back at some point.  Sure the situation may go dormant for a time. It could be a few months or years, without the problem showing its awkward face.   But one day you will experience this moment in greater capacity when you come to the realization that you would have been better off if the communication took place earlier on.

Hope is not lost (Christmas is the season of hope).  In Matthew 2, we see Magi following a star with the hope that they would see the Christ-child.  Their road was not easy.  In fact, their journey lasting over a bit of time (anywhere from 3 months to 2 years according to commentators). The road led through the palace of Herod who would desire to destroy their hope.  There was a resolve they had to have.

I need you to get some resolve brewing in your heart. If you’ve been the spouse delaying the inevitable, you can ALWAYS make the decision to have that tough conversation with your spouse.  STOP BELIEVING THE LIE THAT IT’S TOO LATE! If you have some concerns about the potential direction the conversation may take, first let your spouse know you need to talk and then ask your spouse if you can invite a third-party like a counselor or a pastor.  Perhaps having that competent outside source may be just what you BOTH need to get through awkwardness, express concerns, and discuss  things through.  This is your time to finally have that discussion that is long overdue.

What are the things you two need to be talking about?

2 thoughts on “Avoiding my spouse!”