The weekly marriage blog has been a thrill to do.  In February, I’m going to focus the marriage blog on the subject of sex.  Being Valentines month, it comes as an easy topic to discuss.  Other than finances, it is still the biggest struggle points in marriage…but I’ll save the words for next week.

From the get-go, let me say this about what you are going to read: This blog isn’t about cutting out parents nor discouraging parental involvement.  It’s about fostering healthy boundaries. 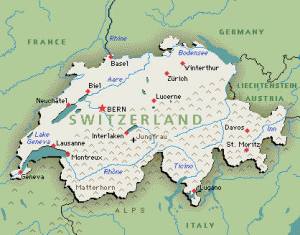 Traditionally, Switzerland avoids alliances that might entail military, political, or direct economic action and had been neutral since the end of its expansion in 1515. According to WiseGeek, “Due to its geographical location, the ethnic composition of its population, and its relatively minute territory, Switzerland has had to obtain neutral status in order to maintain its internal cohesion.”

Why is that important to marriage?

One of the members of, what I call, my marriage blog community (@thepurebed), tweeted an awesome quote:

“You are not Switzerland. If your parent is meddlesome, you must not remain neutral. Set boundaries for them. Make consequences clear.”

Parents, and would also could include siblings and close friends, that meddle in your marriage can be cancerous.

To “Meddle”  means to intrude or interfere in other people’s affairs or business.  As a parent, I inherently feel it is my obligation to shape, share, and steer my children’s lives. Now understand, my kids are 13 and 10.  But I’ve worked with enough marriages to see the damage from couples who have parents (and yes siblings) who do not know their boundaries.

I don’t necessarily blame the parents.  It’s not entirely their fault.  YOUNG COUPLES HAS A LOT TO GLEAM FROM THEIR PARENTS AND GRANDPARENTS….BUT…

You need to set up boundaries.

Because you don’t want to rock the boat, you play neutral. You are “Switzerland.”
– You avoid alliances that might entail conflict.
– You obtain a neutral status in order to maintain family cohesion.
– You always come out of conflict as the ambassador of peace and tranquility.

Feels good to be “Swiss” right?

But in that lies a problem. By being “Switzerland,” you are acting selfishly.  The effort to maintain peace has done the opposite. As the ambassador of your neutral state, you’re accomplishing at least one of four things:
1 – You are making yourself look good and you are leave your spouse to be the “bad guy.”
2 – Your effort of neutrality has set up your parents to be despised by your spouse.
3 – You are skirting around the struggles that are meant to help you build strength together as a couple.
4 – There is no “oneness” between husband and wife. The unity of a marriage is beautifully illustrated by a cord of three strands: Husband, wife, Christ.

I’ll say it again, we need the wisdom of our parents.  But we also need boundaries.   For an unborn child,  the umbilical cord is the baby’s life line. Without the umbilical cord the baby will not grow. The cord’s purpose is to pass food from the mom to the baby that is why at birth the umbilical cord is cut off because they don’t need it anymore.  When we marry, we need the umbilical cord cut.  That’s why Genesis 2:24 says, “This explains why a man leaves his father and mother and is joined to his wife, and the two are united into one.”  We need more people who are more protective over their marriages than their relationships with their parents. That may be harsh, but I’ve dealt with far too many marriages suffering because the “leaving” has never happened.

Here’s some thoughts for ya:
1. Foster appropriate boundaries.  Have some rules that you and your spouse agree on and stay in unity on them.   Figure out consequences for broken boundaries. Have boundaries about what is discussed with parents and what is not. At an appropriate time and in an appropriate way, share those boundaries with parents.
2. Don’t be a double-agent. Cut the cord and be part of a marriage.  Don’t play on both sides of the fence.  It’ll hurt when you fall.
3. Follow through on your word.  If there are people meddling in your marriage, AND they are not respecting your boundaries, they are asking for you to intervene. By their interference and lack of respect for the boundaries you have set up, they are asking for the consequences. Sound harsh doesn’t it?  Love these people enough to make the tough decisions. For friends of mine that can’t respect the boundaries, I have  to limit time and influence from them.  I’m responsible to the Lord for me and my spouse, not for them.
4. Be open to wisdom…admit you don’t have all the answers.  This blog isn’t about cutting out parents.  It’s about fostering healthy boundaries. Agree as a couple to get help. Parents are tremendous sources of experience and want to save you from some misery.  Hear it.  Process it.  Pray over it.  And move forward together.
5. Stay unified.  The “Switzerland” mentality is cancerous to unity.

Maybe you find yourself as “Switzerland”in your marriage.  Can I challenge you to do something? Repent of that. Confess it to your spouse and ask for forgiveness. The humility and teachability are infectious toward health and a unified front. If you don’t know if you are “Switzerland”, just ask.  Hopefully, you have an atmosphere in your home where honesty is welcomed (that may be another blog for another day).