Today I want to give you a place to start your week. It’s Monday and in the wake of a great weekend and a workweek ahead, sometimes you just need a “kickstart” to get focused.  So grab some coffee let’s start a great week together. 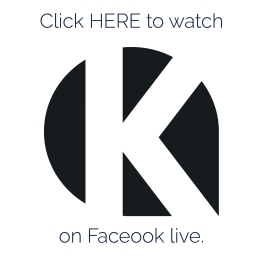 Sunday, we continued our series at Kfirst. Last year, we took 6 weeks to bring a focus on something that far too many people do not understand: our emotions. It’s our emotional state that people can go into one of two extremes. On one hand, people can live completely in the wake of their emotions. They’ll operate not at a state of truth but in the pace of their passion for that day. On the other hand, there are those that completely disregard their emotions as if they were a curse or a weakness. It is as if emotions are something to endure in this life on earth instead of seeing them for which God sees them.

What I see in scripture is that our emotions are, first, a gift from God. They are part of our humanity. Second, if they are a gift, then we have a responsibility to steward (manage) them. This takes emotional discipleship; growing what we have deeper in the knowledge and passion for Christ.

Each emotion is an invitation from God to pay attention to your soul.

Sunday, we dove into this issue of envy. Both Shakespeare and Mark Twain spoke of being “green with envy” or being “bitten by the green monster.” But it was a Greek poet Sappho in  7 B.C. who wrote about being make “green” by envy. It was of the belief of that day that envy produced infection inside that produced a pale or a “green” complexion on the outside.

Check out the message here:

Other thoughts from Sunday:

Love you all. Have an amazing week.