It’s the only word I can use to describe what I feel.

I walked into my office almost an hour earlier than the office opened, determined to spend some time alone in prayer.  The temperature caught me off guard.  It was 54 degrees. Walking over to my heater, I  noticed the pile of “Greater Than” cards that were turned in from yesterday’s gathering.  After some time in the Word, I piled them up and carried the down to the prayer room not anticipating what would transpire.

I carefully set them down and put Pandora on my iPhone.  I’ll tell you the song that came on first. It was “The Stand” by Hillsong (Heres the link if you need to hear it: .)

The lyrics began…”So what can I say/What can I do/But offer this heart O God/Completely to You.”

I don’t think it was three or four cards into the pile where I found myself with streams of tear mixed into my prayers.  It was as if my emotions were out of control yet there wasn’t a sense of chaos.  I tried to find a word to describe what was exploding in my spirit.

One by one, I read each card out loud.  One by one, each statement, on each card had a profound impact on me. Like weights added to a scale causing one side to lower and the other side to rise. I was thinking of the sound of my high school weight room when 45 lb. weights were being added onto the bar. I hear the sound of the bare metal hitting metal. Clang.  Each statement. Clang.

I questioned what I was feeling.  Was I carrying the burden of the congregation?  Was I hurting for people?  I guess there’s a level of that sensation that I always carry.  But this was different.  This was not weight being placed upon me.  It was the amount faith pouring out of these words of desperation like water releasing from a balloon that was filled beyond capacity.  It was as if I could hear the cry of hearts speaking out of faith, “MY GOD IS GREATER THAN…!”

The scale metaphor came back to me. 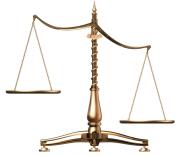 That overwhelming feeling had nothing to do with the side of the scale that was being weighed down.  It was the other side rising up. In my mind’s eye, the faith of our congregation was far-outweighing anything that was stacked against them.

4 thoughts on “Overwhelmed from a morning @kalamazoofirst”